Out and About in Our Neighborhood

In the evening, when the weather is good, Tim and I like to take a walk around the neighborhood. Often, we do this after dinner, but occasionally before, such as happened today.

Often we go down a walking trail nearby, but other times we’ll take a different route.

This afternoon, after returning a couple books at the library, we headed south along the street behind the library.

A few blocks down, we passed by this. 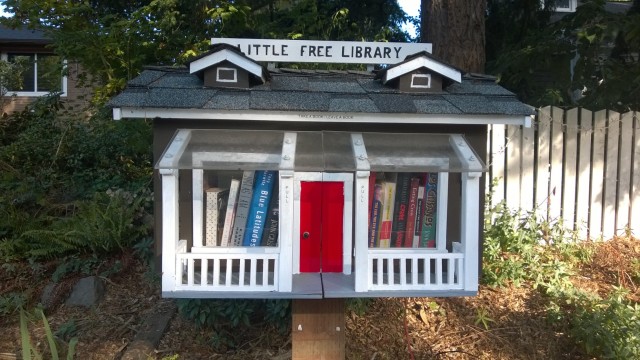 In recent months, we have seen neighborhood lending libraries like this popping up here and there. Usually, however, they are fairly plain wooden boxes — none so elaborate and charming as this one.

It’s not obvious from the photo, but to open it, you pull on the “porch.” You can see the seam down the center of the front door and the porch.

Later on, we came upon someone who is very much into their Halloween decorations. 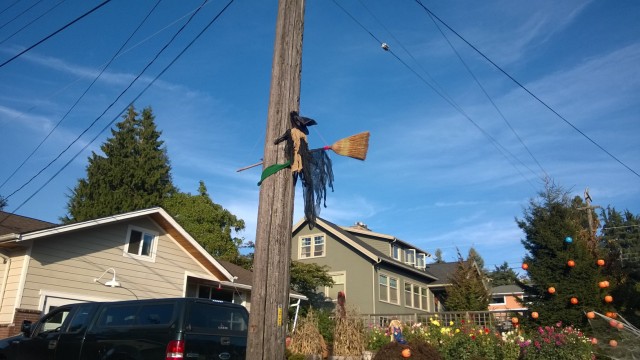 This entry was posted in books, neighborhood and tagged Halloween. Bookmark the permalink.

1 Response to Out and About in Our Neighborhood