Our European Vacation: Odds and Ends

It’s taken me two months to cover what we saw and did in Europe. Here are some various images that didn’t make it into any of the other posts.

Looking through a window at the Rodin Museum.

A fun poster in Paris.

Public art at the Lilles train station, on our way to Calais. (Tulips of Shangri-Law by Yayoi Kusama) 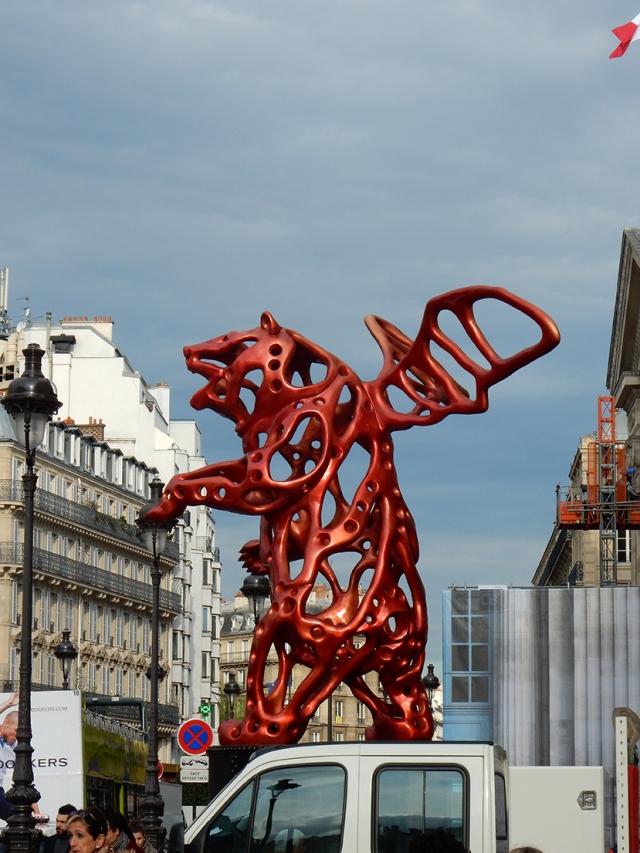 Two European birds. The one on the left I have tentatively identified as an African blue tit. However, its range does not appear to include France. But the bird picture here resembles the African species (with its black head) more than the Eurasian species, which has a blue crown. The bird of the left is an Egyptian goose, which is not native to Europe. According to Wikipedia, “Because of their popularity chiefly as ornamental bird, escapes are common and small feral populations have become established in Western Europe.”

This entry was posted in Birds, travel and tagged European vacation, France. Bookmark the permalink.