This time two weeks ago, we were in Crescent City, California, after attending my 40th high school reunion in Ashland, Oregon.

While there, we saw the first of several wild creatures — in this case, a whole bumch of seals lounging in the harbor. 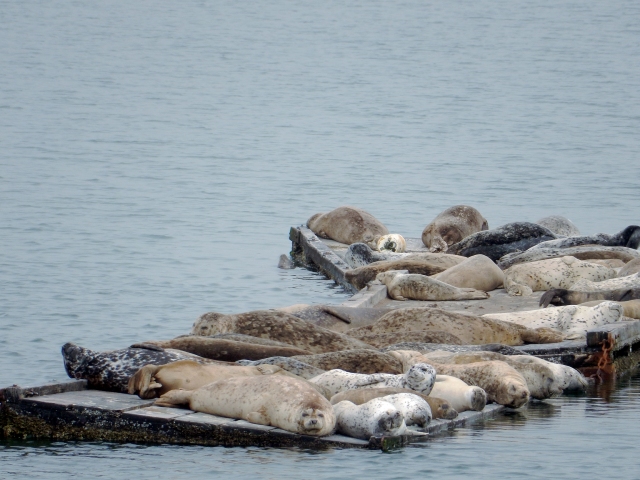 We also saw some pelicans on the beach. 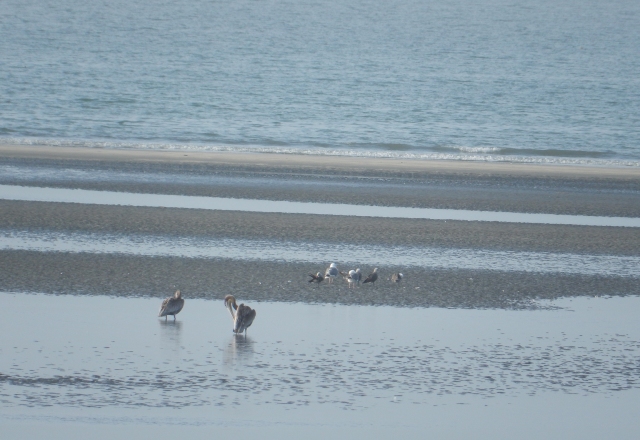 At one beach, while Tim was wading in the surf, I spotted this little guy on a nearby driftwood log. 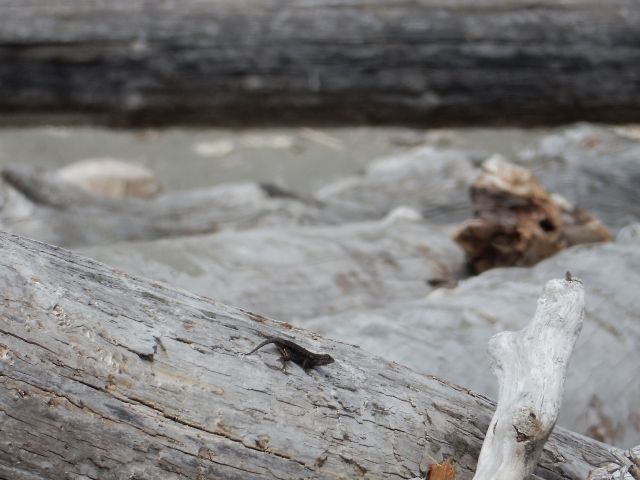 Wednesday morning, July 26, there was a tidepool exploration with a park ranger. I tagged along after her for about half an hour, gathering bits of information about what there was to see.

We looked at limpets and barnacles . . . 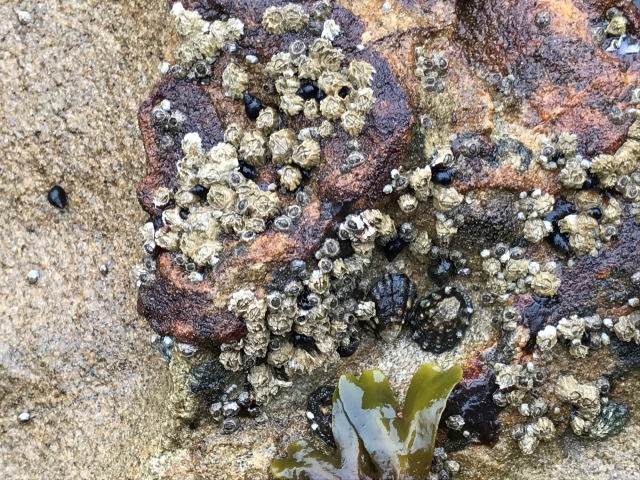 . . . and tiny snails. At first glance, these were just little black dots on the rocks. You had to get very close to see that they were snails. I didn’t have anything to put in the photo for size comparison, but I would say that this little guy was less than one-eight inch in diameter. 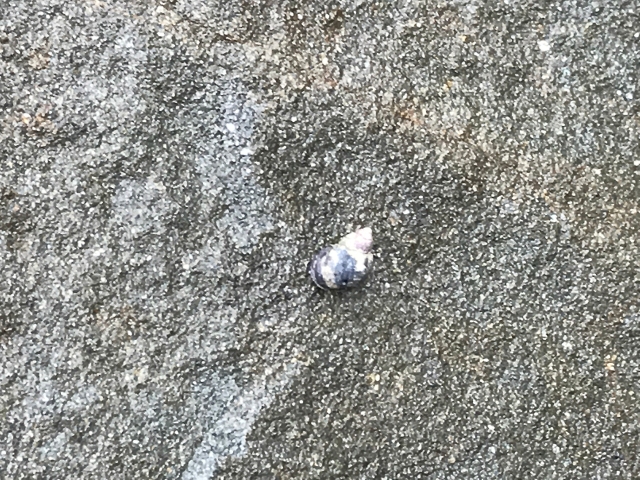 I also saw a fair number of anemones, but I didn’t go out far enough to see any sea stars. The range shared a story about one time when she was leading a tour of a bunch of middle schoolers. She told them that it was okay to gently touch the tentacles of an anemone and feel it try to grab one to your finger. She described how the fat in our fingertips protects us from the anemone’s venom. However, unbeknownst to her, some of the boys were daring each other to lick an anemone. One of them later complained that his tongue felt numb. 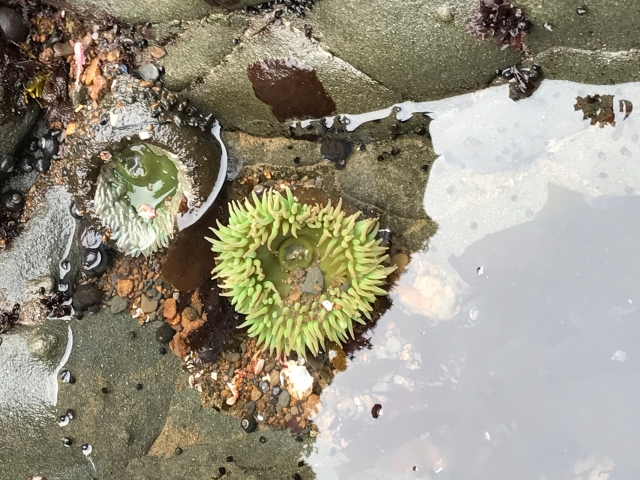 I also got a good look at some coralline algae. 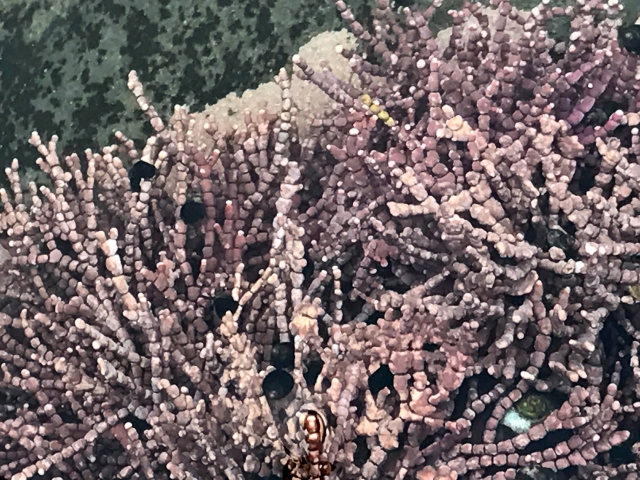 Each one of those little segments is an individual; they aggregate to form what looks like one big plant.

The second morning at Sunset Bay, I was headed over to brush my teeth, but crossing the path ahead of me were a doe and her fawn. 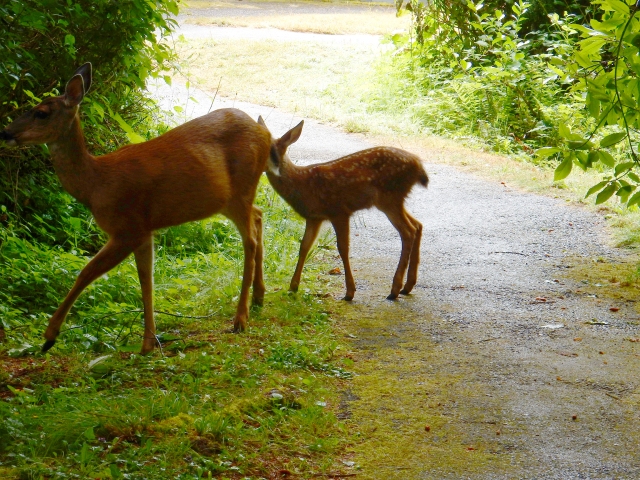 Before we left Cape Arago, we visited the lookout at Simpson Reef. I had heard the seals barking from farther south at Cape Arago, and had been able to see the seals through my camera’s zoom, but got a better view at the lookout. 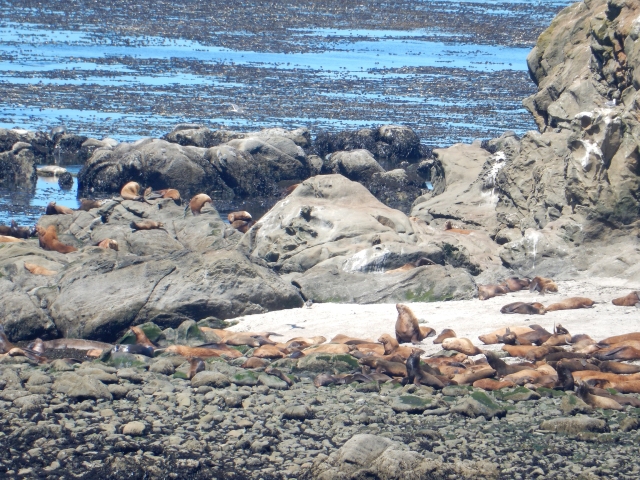 There was a fellow there with a scope set up aimed at an elephant seal, which he was allowing people to look through.

I also got a picture of a bird with its breakfast, though it didn’t seem to be in any hurry to eat it. 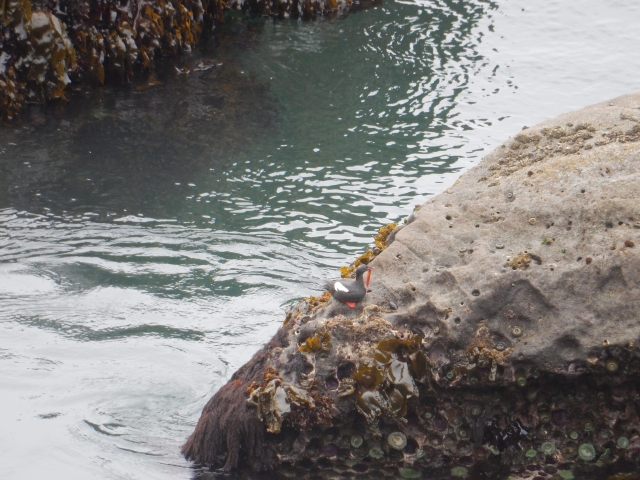 At the second campground we stayed at, Cape Lookout, there was a swallow’s nest near the restrooms. I might not have noticed except that in the evening the two parents were swooping in and out of the passageway, which prompted me to look up. At first, I only saw two hungry chicks. 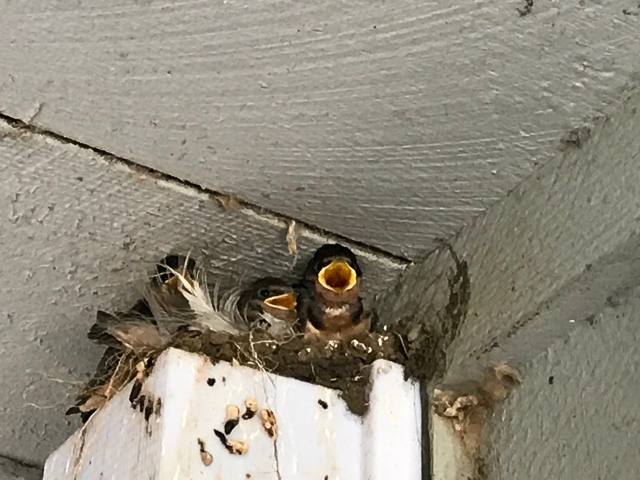 But the next morning, I could clearly see that there were three. 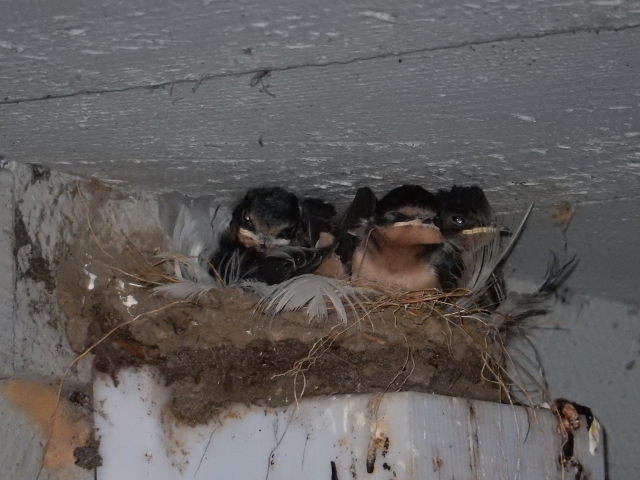 I also got a picture of one of the adults perched on a door handle across the way. 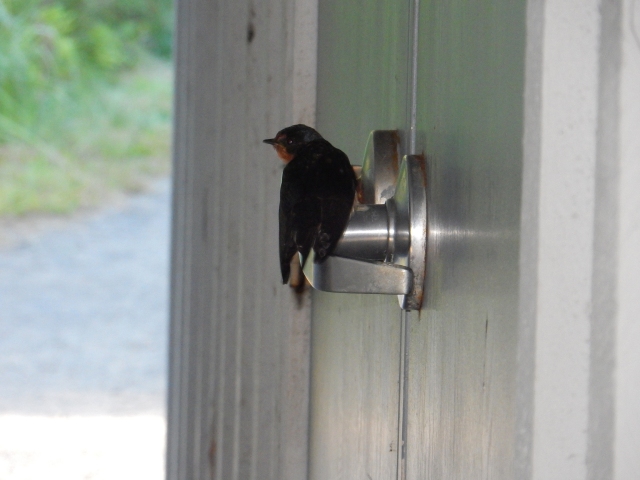 And lastly, before leaving the campground, I saw a waxwing perched on a branch. 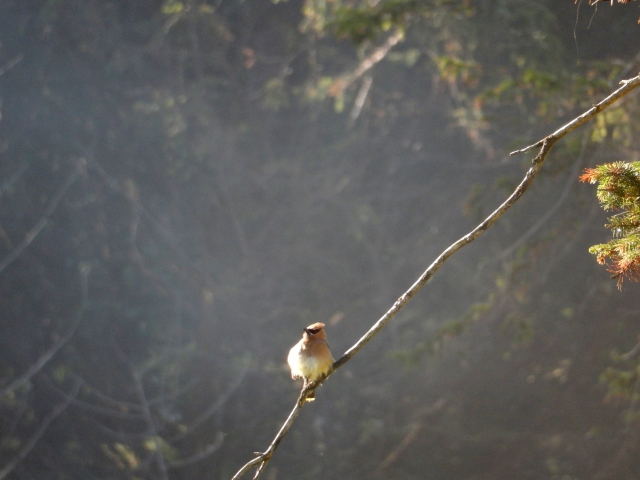 This entry was posted in travel and tagged Oregon. Bookmark the permalink.